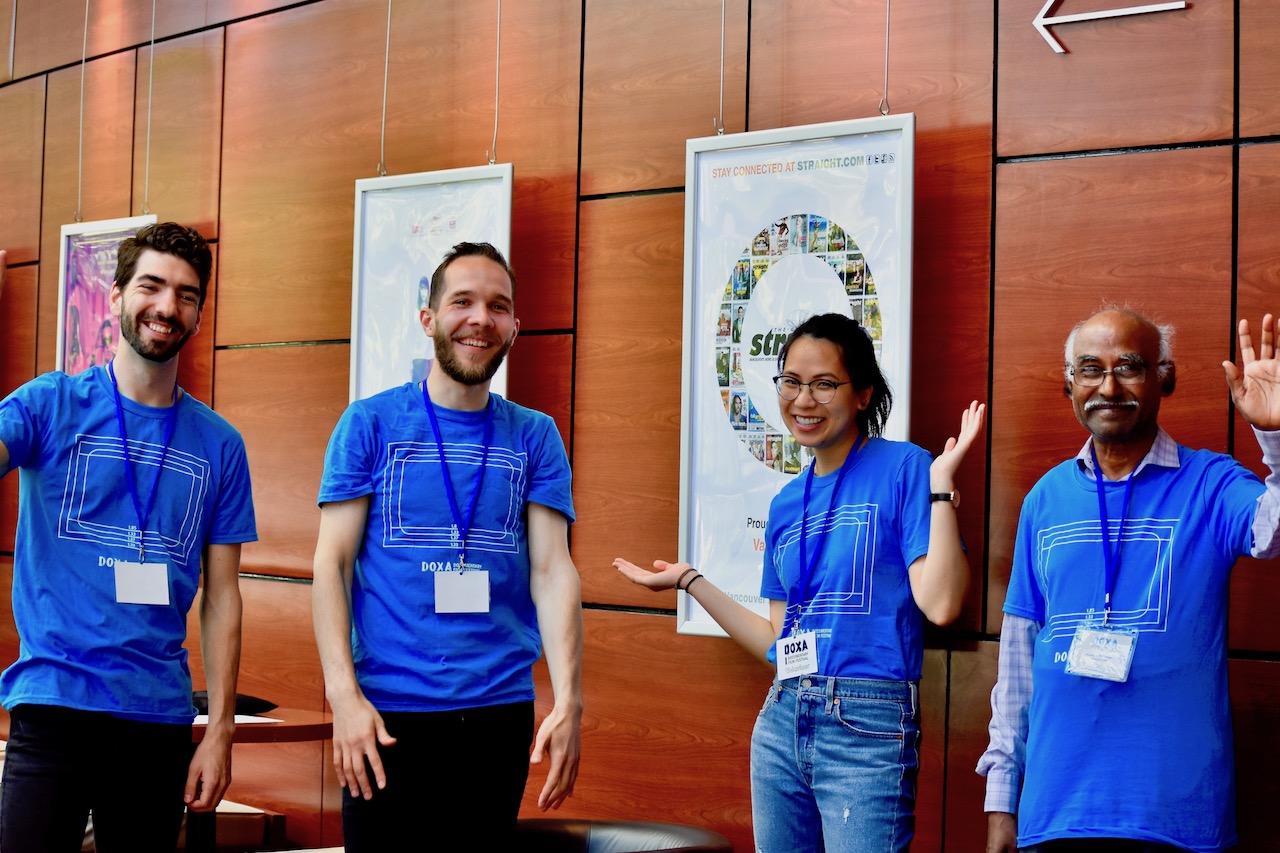 DOXA prides itself on being an iconic cultural event for Vancouver, and a growing festival on the world scene. With a small core team working year-round and VanPodfest in the extended season, we bring on dedicated volunteers to help activate all the moving parts of the festival itself. We foster a culture of trust, strong work ethic, reliability, and quality. All team members are expected to uphold high standards of customer service and presentation value. We welcome returning and brand-new volunteers alike. Festival volunteers are people who love film, love community engagement, love special events, and love DOXA. If you fit the bill, please apply!

To support a better understanding of the complexity of our times through engaging the public in documentary media as an art form.

DOXA is presented by The Documentary Media Society, a Vancouver based non-profit, charitable society (incorporated in 1998) devoted to presenting independent and innovative documentaries to Vancouver audiences. The society exists to educate the public about documentary film as an art form through DOXA Documentary Film Festival, a curated and juried festival comprised of public screenings, panel discussions, public forums and educational programs. The 19th annual DOXA Documentary Film Festival will take place May 7 thru 17, 2020.

The Documentary Media Society is a member tenant of the 110 Arts Co-op which manages The Post at 750 office and studio facilities.

The Documentary Media Society is located on the traditional and unceded territories of the xʷməθkʷəy̓əm (Musqueam), Sḵwx̱wú7mesh (Squamish), and səl̓ílwətaʔɬ (Tsleil-Waututh) peoples.