The Prince of Wales Armouries is home to the City of Edmonton Archives and everyone is welcome to visit the public spaces of the 100-year-old building for free.

Completed in 1915, the Edmonton Drill Hall was a military training site for the Department of National Defence until 1977. Over the years it was home to several regiments, including the Loyal Edmonton Regiment, as well as a number of corps including signalmen and medical personnel.

Ownership of the Prince of Wales Armouries (as it was renamed in 1921) was transferred to the City of Edmonton in 1982 and it hosted a variety of organizations and community groups like the Cadets and the Edmonton Food Bank. After much consideration of its future, the City began renovations to create a new home for the City of Edmonton Archives inside the old drill hall.

Located in the historic Prince of Wales Armouries Heritage Centre, the City of Edmonton Archives are a public research facility housing civic government and private records of enduring significance that document Edmonton's history. Everyone is welcome to use the Archives and enjoy the changing exhibits in the public areas of the building.

To assist the Private Records Archivist with administrative tasks relating to updating spreadsheet inventories of what is on the shelves in the archives storage vaults. 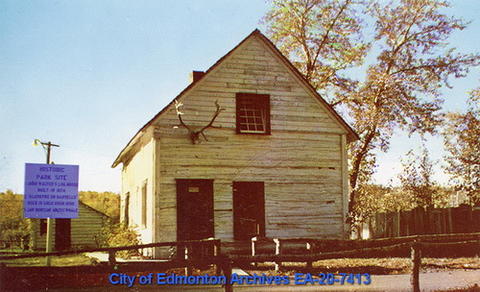 Continue...
Fill in an application