Together, we link people with disabilities, carers and the aged, with care and support services through flexible and inclusive choices within our local community.

Join us on various conservation projects in Adelaide and regional SA. Achieve positive environmental impact, meet like-minded participants and improve the health of our beautiful yet fragile ecosystems!

Previous experiences or skills not required. Our helpful team leaders will provide required skills and training on the day. You should be reasonably fit as our projects require lots of physical work, including bending down and using tools.

For more information, please take a look at our available volunteering activities or contact us at adelaide@cva.org.au or phone (08) 8352 4111.

To increase resilience through the protection, maintenance and restoration of the environment - landscapes, habitats, species and heritage. 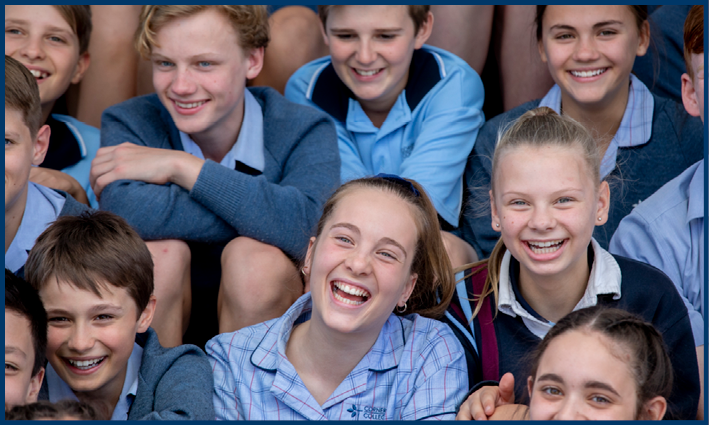 Do you have some spare time on your hands?  Or do you want to further your skills?

We have a range of different opportunities that may interest you.

We have lots of fun so please don't hesitate to contact us to see what exciting opportunities are available... every little bit helps.

We are looking for more members to join our club and learn and practice the art of floral arranging through demonstrations and workshops.  Visitors welcome. 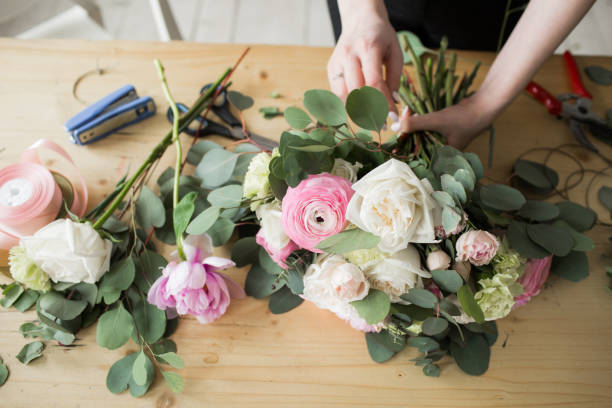 WHEN: Club meets every third Thursday of the month (except December and January) at 1.30pm

Guide Dogs SA/NT is looking to expand our community engagement in the Adelaide Hills, particularly around our 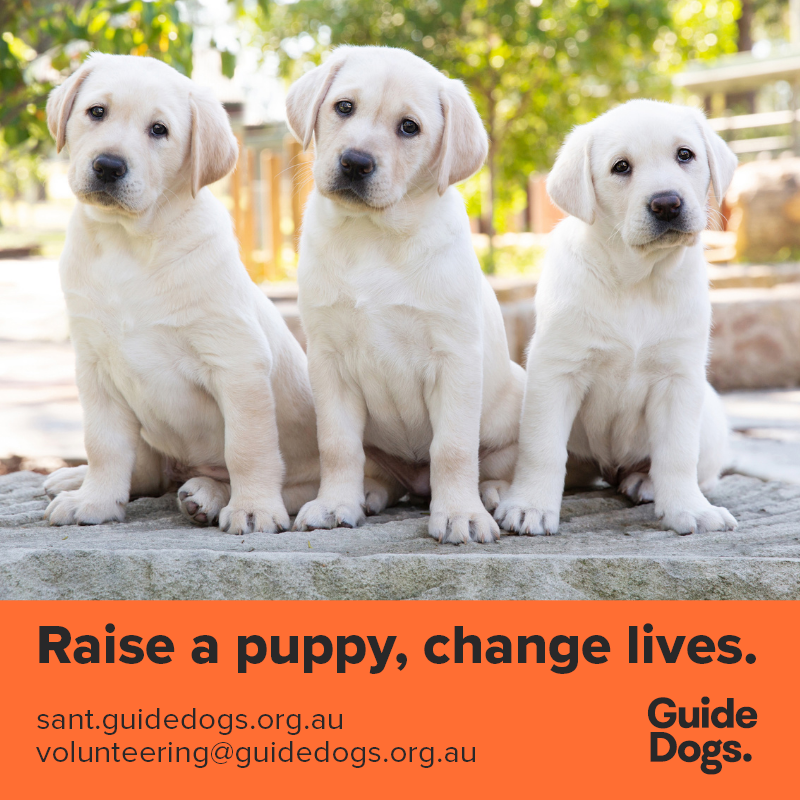 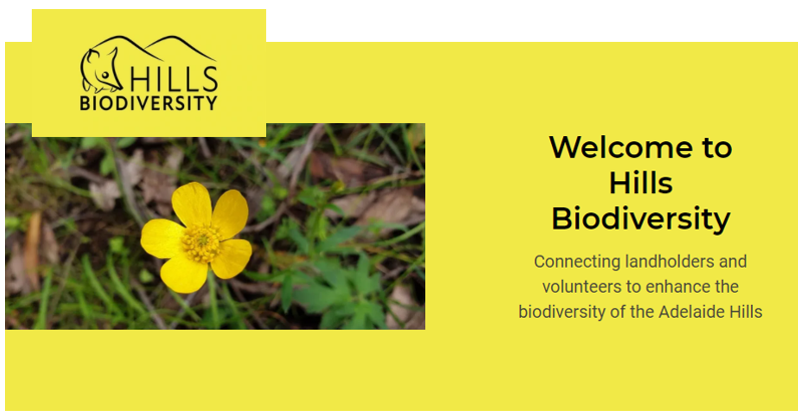 However, community and landholders can work together to push back that brink!

Are you time-poor and still want to contribute to improving biodiversity in the Hills?

We get together for about 2 hours per month on the third Sunday of the month at 9am - no commitment, attend as many events as you want. We plant and/or weed, then enjoy a light lunch washed down with a drink of your choice.

It's a great way to meet and chat with like-minded people, and connect yourself with the local community. Find out more by contacting Warren on 0408 444 592.

Connecting landholders and volunteers to enhance the biodiversity of the Adelaide Hills. 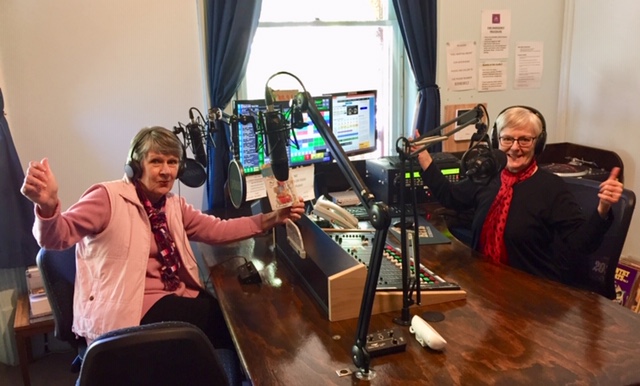 Hills Radio is a community radio station and registered charity run almost entirely by volunteers. We broadcast 24/7 via the internet from hillsradio.com.au and can be heard live and local in the Adelaide Hills and around the world.

Currently we have over 34,000 listeners and can be heard in over 190 countries. The station is located upstairs at Level 1/ 31 Gawler Street, Mt Barker with 2 studios and production facilities.

We have 50 members of all ages and from all walks of life volunteering in administration, studio presenting, music library, production, outside broadcasts and technical support. All volunteers are asked to become a member with an annual fee of $60 ($50 concession) and to obtain a National Police Check. We welcome volunteering enquiries from residents of the Mt Barker District, Adelaide Hills and Alexandrina Councils who are keen to give back to their community. 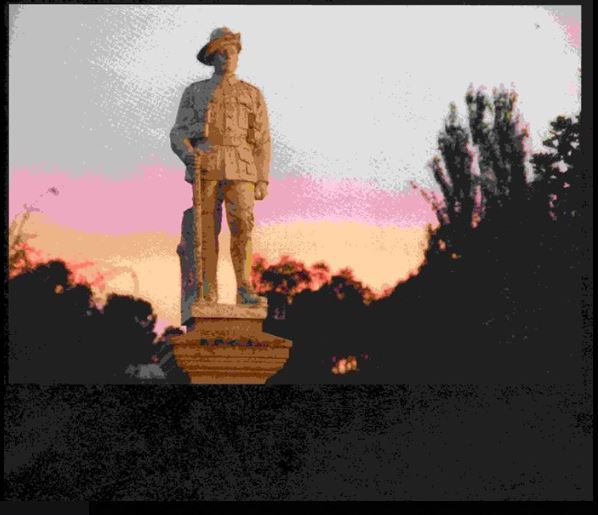 We, the Houghton Inglewood Hermitage Soldiers Memorial Park Committee (The Committee) have a big & bold vision for our hills community with a 2.5 million sports and community hub building at the Houghton Oval. The Committee has worked on developing a master plan for the last 15 years. Years of planning went into the design of the New Multiuse Community Facility and with everyone’s support we hope to be able to start building this year.

All committee members are volunteers, some working full-time, some semi retired. We are seeking people with specialist expertise in Marketing, Sponsorship/Fundraising to join our Committee as well as people willing to volunteer for specific events only.

For further information please contact the Treasurer Han on 0404044752.

The Stirling Players, initially known as the Hills Drama Group, are the resident theatre group of the Stirling Community Theatre.  The group was formed after some committed local residents in 1971 succeeded in their lobby to preserve the iconic 1884 Stirling Institute building, in Avenue Road, Stirling, for use as a community centre, following its threatened demolition.  A 25-member committee subsequently resolved to ensure that the old building, newly named the Stirling Community Centre, would get plenty of community use.

The Hills Drama Group’s first production to the public, an evening of one act plays, was presented in June 1972 with the first full length production, ‘Angels in Love’ in November of the same year.  It was in 1973 that the group adopted its new name ‘The Stirling Players’ and has gone on to mount at least two productions each year with production profits going towards the old building’s upkeep and facility improvement.

The Stirling Players are now a well-recognised part of the Adelaide amateur theatre scene having produced many award-winning and ‘first production’ plays.  And significant upgrades have been made to the Avenue Road building since 1972 including the addition of a rehearsal/change room and props room, and refurbishment of the auditorium and foyer.  It now boasts a sophisticated sound & lighting system, a comfortable tiered and carpeted auditorium, a warm and inviting foyer, and inside toilets! And has been renamed the Stirling Community Theatre.

Established in 2011, the Hans Heysen Foundation is a charitable trust which exists to celebrate the great artists legacy of Sir Hans Heysen and to preserve, enhance and promote his Adelaide Hills home and his property 'The Cedars' as a welcoming place of international cultural significance for present and future generations.

In addition to the historic studios of Hans and Nora Heysen and its iconic home and garden, The Cedars has recently commenced the process of developing a world class tourism destination in the form of a new gallery, visitor centre and restaurant.

The Cedars is open Tuesday to Sunday 10am to 4:30pm and public holiday Mondays, no minimum time commitment per week and we welcome anyone who can donate their time even if it is just a few hours per fortnight. You can choose your preferred days and from morning or afternoon shifts (or both).

The benefits of volunteering with The Cedars include a generous staff discount on retail items (art prints, books etc) as well as free entry to The Cedars, invitations to volunteer events, skills development in art history and public engagement and working for a highly regarded charity in a beautiful setting. Our team of volunteers are friendly, helpful and passionate about preserving the legacy of Sir Hans Heysen and Nora Heysen and educating our many visitors. 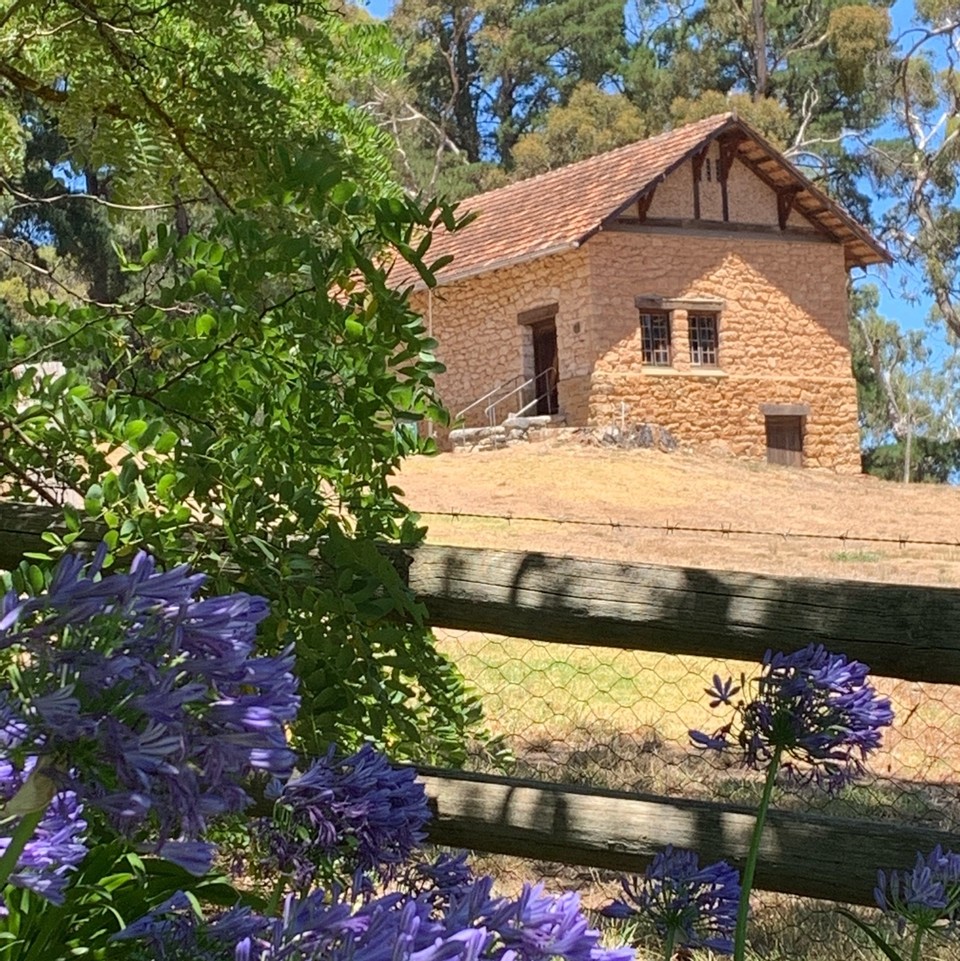 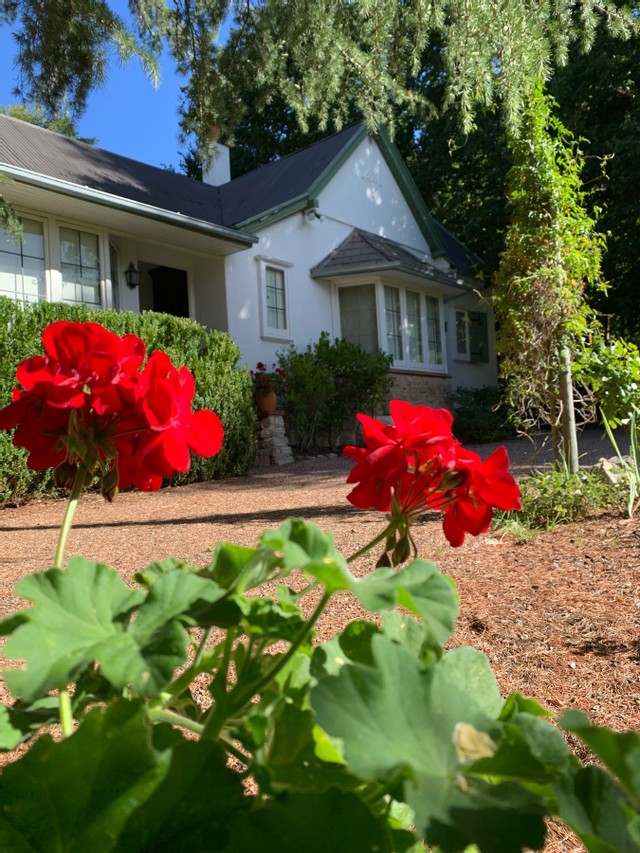 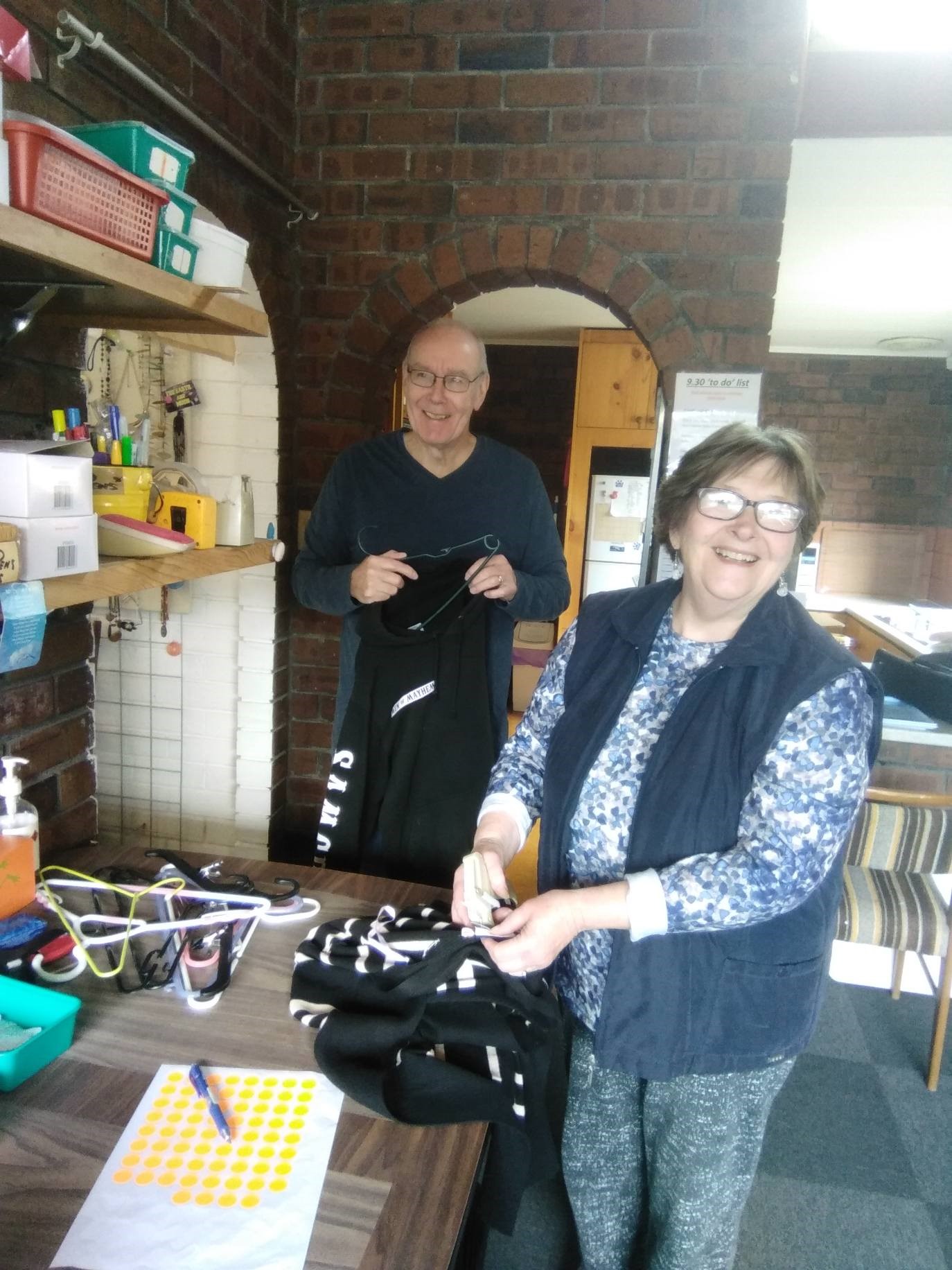