City of Fort Worth

In the spring of 1992, the Fort Worth Police Department Training Division graduated 43 citizens from the first citizen training academy. The curriculum and teaching methods were similar to the traditional police academy, but the students were not police candidates. The class members were a cross-section of the Fort Worth community; i.e., homemakers, professional business persons, retirees and neighborhood watch members.

The first Police Night School was held in England in 1977 by the Devon and Cromwall Constabulary and met with immediate success. Citizens were anxious to learn operations of their police force which heretofore were obscure and private. Shortly afterward, the Orlando, Florida Police Department conducted the first Citizens Police Academy in the United States. The Orlando Citizens Police Academy was patterned after the English Police Night School. Since that time, other law enforcement agencies throughout the United States have developed and conducted various versions of the Citizen Police Academy.

The training program consists of classroom and "hands on" instruction to provide the public with a working knowledge of the Fort Worth Police Department. Participants will meet for three hours once each week during the 8 to 12 week course. Instruction will be comprehensive, and each week a different area(s) of the police department will be covered, with each session facilitated by the officers and supervisors who work in that particular unit. Topics covered will include the officer use of firearms and deadly force options, criminal investigative skills, crime scene search, communications, narcotics, area gangs, specialized units, tactical operations and community involvement.

It is the goal of the Fort Worth Police Department that after you complete this program, you will have enough information to dispel any suspicions and misconceptions about the law enforcement role in our criminal justice system. We hope you will develop an appreciation for the Fort Worth Police Department as our community continues to grow and that you will educate others on what you have learned when the opportunity arises. After completion you will have the opportunity to engage in volunteer opportunities with FWPD as a Citizens Police Academy Alumni. 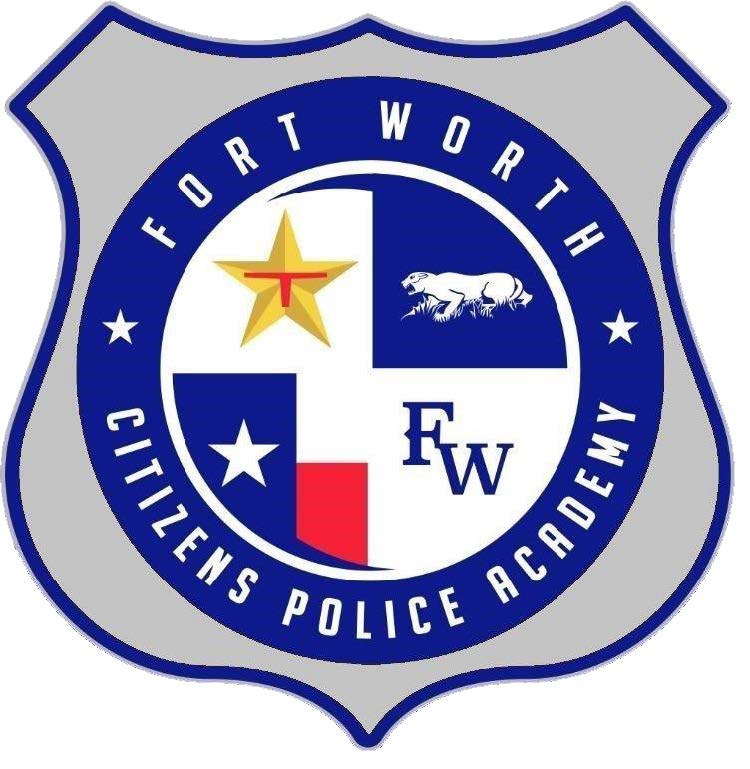 Thank you for your interest in Citizens on Patrol (COP)

Citizens on Patrol volunteers act as additional "eyes and ears" for the Fort Worth Police Department, within neighborhoods. Citizens volunteer time to actively patrol their neighborhoods to watch for and report suspicious and/or criminal activity. They receive training involving vehicle, bicycle, and foot patrol and the use of their radio. Volunteers choose the days and times they wish to patrol and they adhere to no fixed schedule.